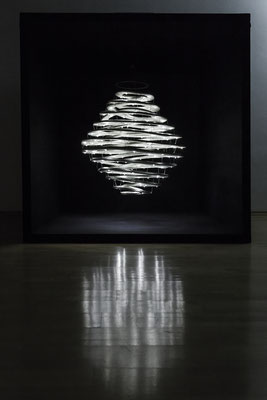 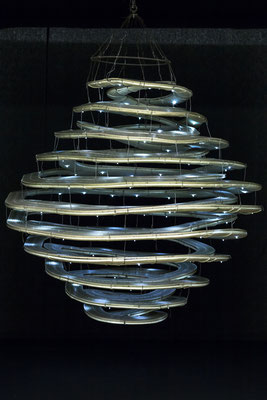 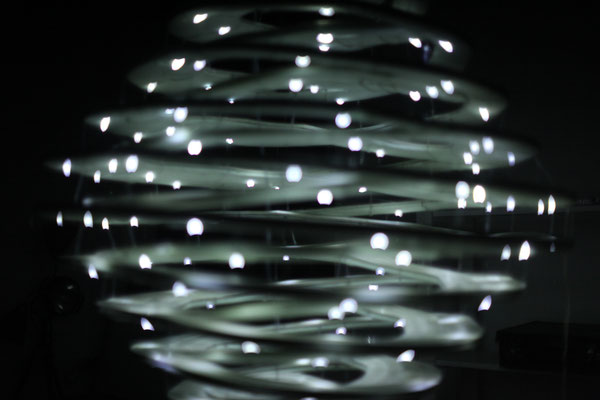 "Its form is that of a planet. Once more the artist built it from model motorway elements of the Faller brand. It forms a double spiral and rotates endlessly in a black cube about its own axis. Built-in LEDs illuminate the empty streets of the planet. No car moves on them, no people walk on them. As a still, luminous monument the planet seems even more ghostly than any of the Bildmaschinen produced before. But at the same time there is also something sublime about it. As if it needed only the absence of Man to restore an order that in the bustle of the world seems to have long since been lost."