Bildmaschine 05 is a slot car race course with four parallel tracks, based on Stabo Car system. The course had been temporarly staged for filming. Each track has been seperatly filmed by a moving, camera equiped car. The results are four almost similar films showing the course from the driver's prospect. The only differentiator is the slightly shifted perspective in each film, caused by the different positions of the tracks. The four films are installed on a split screen, showing all videos at the same time. For the viewer the constant movement on the four screens and the steady sequence of the track with its steep turns, underbridges and straights are merging to a contemplative running ornament. 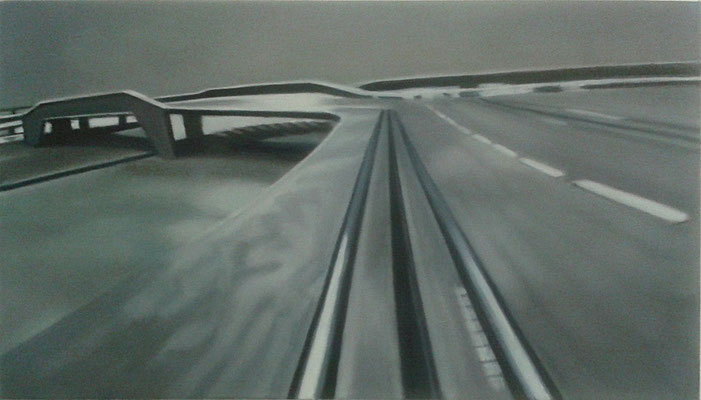 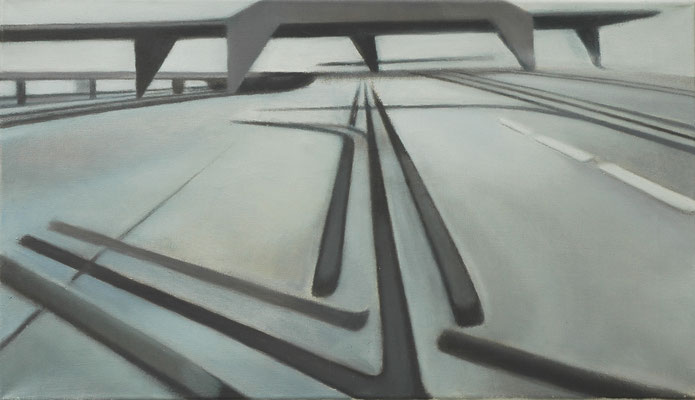 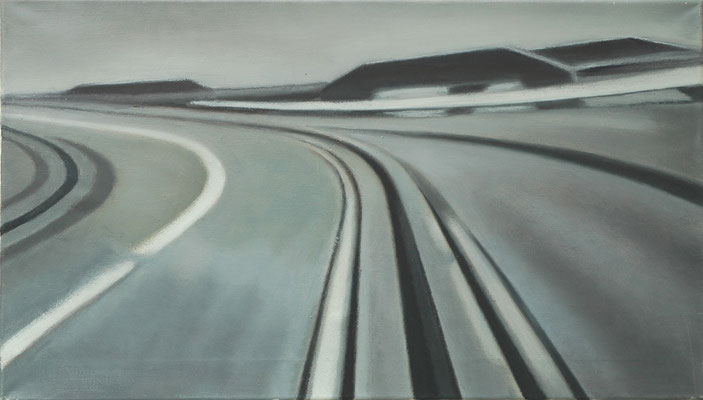 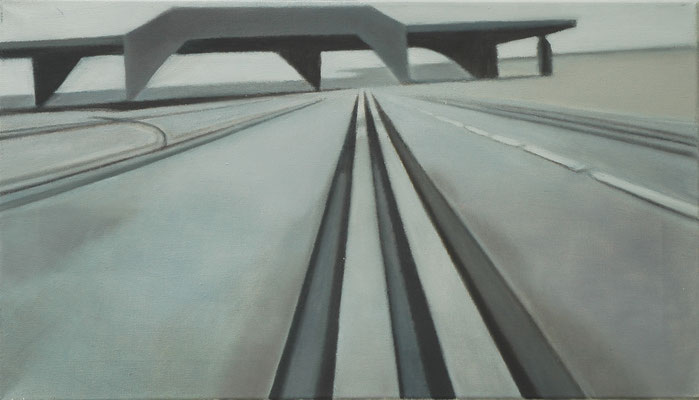 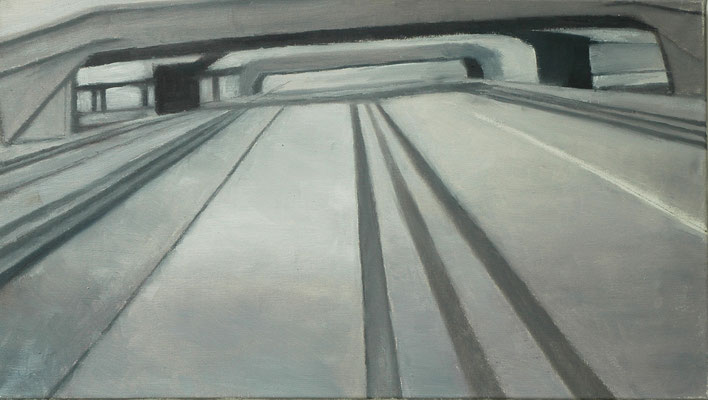 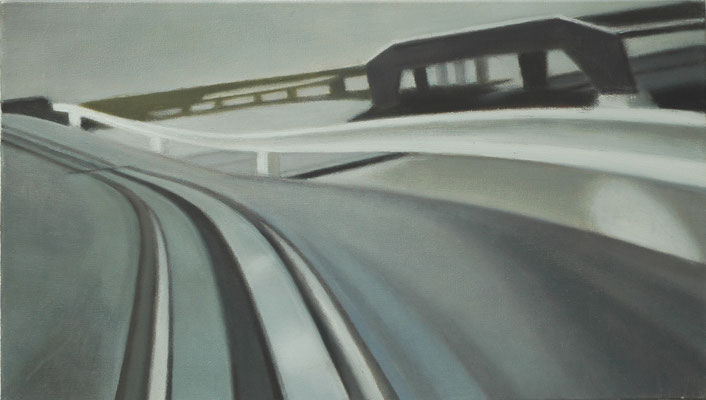 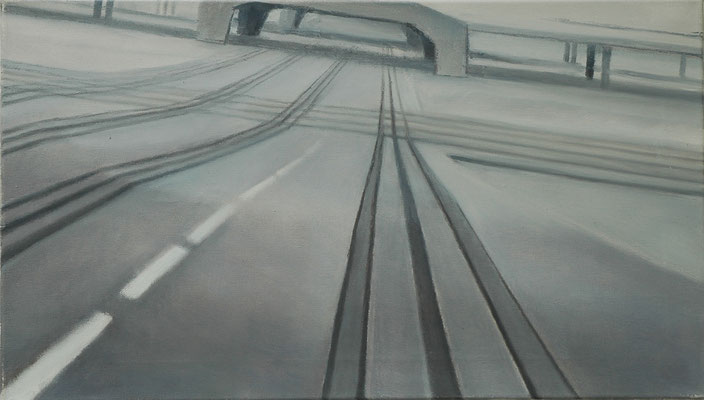